Heaven, here lying all forlorn,
I desire from thee to know,
Since thou thus dost treat me so,
Why have I provoked thy scorn
By the crime of being born?—
Though for being born I feel
Heaven with me must harshly deal,
Since man’s greatest crime on earth
Is the fatal fact of birth —
Sin supreme without appeal.

The dramatist and baroque poet of the Spanish Golden Age shows the philosophical drama of human existence as “life is a dream, / and dreams themselves are dreams”. The approach of Calderón de la Barca revolves around the fact that human existence is nothing more than a deception, just an illusion. Under these conditions, human beings often have no freedom to choose their destiny, so they must fight until they get it… That is the uncertainty of human life.

Calderón presumes that “man’s greatest crime is being born”, since historically the fact of birth has been considered a crime: we come into the world carrying original sin, because we inherit the disobedience to God from our first parents in Paradise. However, the current needs of the system have rendered the biblical mandate obsolete, and “complete” human beings participate fully in society and express everything that concerns their nature. Some impulses have to be repressed in the interest of society and others for the sake of individual development; however, natural growth and self-realization of the individual are the factors that make life good and turn society into a harmonious coexistence.

The German philosopher Martin Heidegger affirmed that there is no God; nowadays the belief is that human beings are alone in the Universe and have to adopt and assume their ethical decisions in the permanent awareness of death and the fleeting nature of life.

The Spanish word for sin: “pecado”, is associated with the Indo-European root ped-, meaning foot, and the Latin pecco (stumble, commit a fault), from which the word peccatum (crime, fault or guilty action) derives. Sin is a fault, an offense; a conscious transgression of what is considered good.

The seven deadly sins originate in the early teachings of Christianity to educate their followers about Christian morality. As Thomas Aquinas said in the 13th century, deadly sins or capital vices are “those to which human nature is chiefly inclined”. In our most modern times, influenced by the advances of psychoanalysis and psychiatry, these sins are considered defense mechanisms that to a certain point can be a sign of emotional health, although on the other hand they can contribute to the appearance of serious emotional problems.

In that sense, we must highlight the validity of the movie Seven (1995), directed by David Fincher and written by Andrew Kevin Walker: an outstanding treatise on our current decadent society and the frantic loss of values in which we are immersed, unstoppable and almost without noticing it. Veteran lieutenant Somerset (Morgan Freeman), from the homicide department, is about to retire and be replaced by the ambitious and impulsive detective David Mills (Brad Pitt). Both will have to work together to solve a series of murders committed by a psychopath that takes as a base the connection between the seven deadly sins: gluttony, sloth, pride, greed, envy, lust, and wrath.

In summary, the seven deadly sins remain an ethical and moral reference for Western society, despite the passage of time and the radical changes of life and customs. As long as there is an imperfect human being, there will always be the possibility that he will fall into those sins, repudiated by the Church and society.

Throughout the history of humanity, allegory has always been an excellent visual learning resource for the teaching of moral and ethical principles related to the seven deadly sins. Allegories aim to provide an image to something that does not have it, as shown by the many allegories present in the Bible and in works that constitute an allegory in themselves, like the Divine Comedy by Dante Alighieri, in the 14th century, and Animal Farm, by George Orwell, in the 20th century.

This eagerness to give an image to what does not have it is still present in the works of Josep Santilari and Pere Santilari. Their rhetorical proposal presents contemporary allegories of the seven deadly sins by means of skulls as tropes (symbolic instants): emblems of the expiration of existence and a metaphorical symbol that eliminates gender, because for the artists sin has no gender. A new reality frozen in time, painted with precision, with meticulous and precise details; without marks of brushstrokes on the canvas, creating a painting that translates the rhetoric into visible reality, applying the colour by means of glazes and fillings. The ability to catch the light allows us to appreciate a poetic image to finally create its own pictorial reality, which the sensitivity of the artists turns into works of art.

The works of Josep Santilari and Pere Santilari dialogue with the historical look of a selection of allegorical pieces from the gallery of Artur Ramon Art; based on human figures, animals or everyday objects, they represent an abstract idea or rhetorical procedure as an allegory of one of the seven deadly sins. Its complexity gives rise to multiple interpretations, but all revolve around the problem of destiny, the struggle for freedom, appearance and reality, free will. In conclusion, the inconsistency of human life and symbolic transcendence. 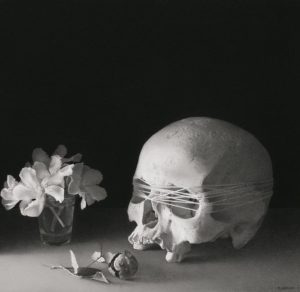 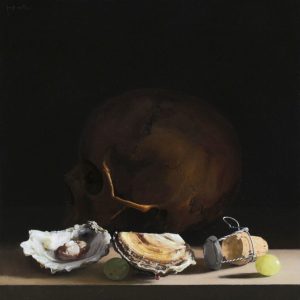 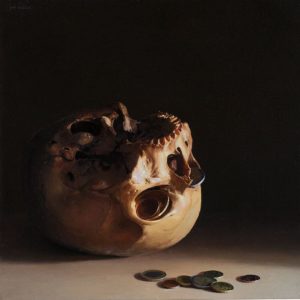 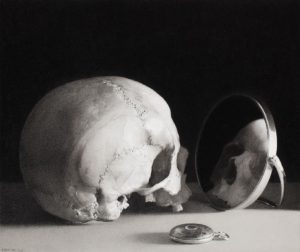 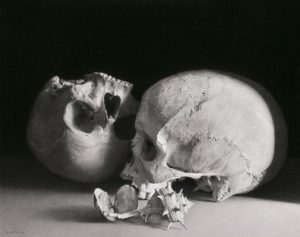 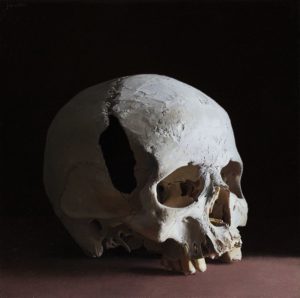 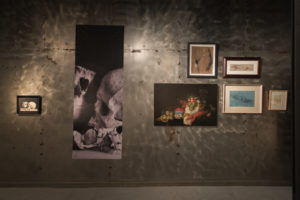 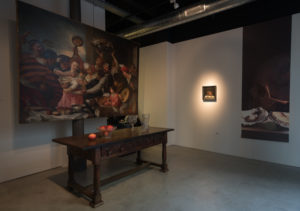 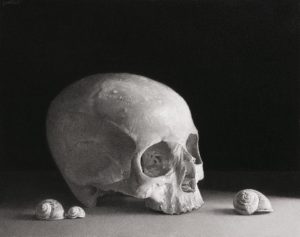 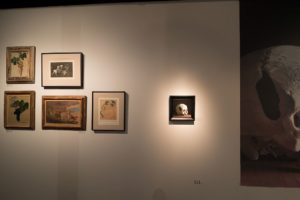 Born in Badalona in 1959 and trained at the Barcelona University Fine Arts Faculty. Josep Santilari and Pere Santilari are some of the leading exponents of new Catalan realism. His works reveals great technical precision and a realism linked to the contemporary scene, but his roots and paradigms lie in such classical art-history subjects as townscapes, still-life and vanitas.