There is something of an epiphany in the inauguration of a new art space; that is to say, something of an apparition or revelation as we set about giving physical form to an expectation.

Our new gallery’s inaugural exhibition embraces a style of painting and a period which are especially dear to us, Caravaggism, a trend in Baroque designating those artists touched by the dense shadow of Michelangelo Merisi, Caravaggio. I discovered the master’s work during my youth in Rome thanks to my uncle, Anton Picas, visiting his pictures in churches and museums. Some time later, I learned that José Milicua met Roberto Longhi at the Caravaggio exhibition held in Milan in 1951. The presence of the artist always hovered over the much missed conversations in his house on Ronda de Sant Pere in Barcelona, very near here. In 2005, I had the grand opportunity of writing the description of the Saint Jerome in Montserrat, and in 2014, thanks to Father Laplana, I wrote a monograph on it. I shall never forget the conversations I had on Caravaggio with Mina Gregori. Finally, in June 2017, I coordinated the seminar on this painting in Montserrat Abbey, attended by Italian specialists of the calibre of Rossella Vodret, Silvia Danesi Squarzina and Gianni Papi. Midway upon the journey of my life, the light of Merisi has never failed to illuminate me.

Caravaggio managed to change the paradigm of the painting of his day, he broke the mirror in which reality saw itself, so that it left off its idealisation and became ever more real —if that is possible— stark as the very life he led throughout his biography as a fugitive. Only Picasso, in the 20th century, achieved anything like it: to explain an epoch single-handed. Nevertheless, unlike the genius from Malaga, Merisi left behind him a legion of artists across Europe, from north to south, who identified with his language, not as simple copyists, but rather as interpreters of his pictorial music, continuers of his legacy. Out of all of them, one that stood out was José de Ribera, lo Spagnoletto, a Spaniard from Xàtiva who adopted Neapolitan nationality. Paradoxically, Caravaggio’s critical fortune was buried for centuries. His star faded at the end of the 17th century, driven by the winds of the Carracci’s classicism. It wasn’t until well into the 20th century that researchers rescued him from obscurity, and in 1951 Roberto Longhi finally rehabilitated him with the exhibition in Milan mentioned above. Sixty-six years have gone by since then and Caravaggio’s fame has never ceased to grow. He has become one of the great stars of the reduced firmament of old masters and attracts enormous historiographical attention, books and exhibitions. Few artists have managed to rise from their ashes, from the oblivion of time, with such power, like the phoenix, but everything about Caravaggio is always sensational.

We are presenting the exhibition Four ‘Caravaggisti’: Bassetti, Borgianni, Caracciolo and Ribera to inaugurate our new home in the heart of Barcelona’s Eixample. For this occasion, we have put together a series of canvases, especially from the Neapolitan sphere, headed by José de Ribera and Giovanni Battista Caracciolo (also called Battistello). By the former we are presenting a Saint John the Baptist and a Philosopher, and by the latter a Saint Barbara. This nucleus is joined by Marcantonio Bassetti’s imposing Saint Augustine and Borgianni’s poetic Annunciation, works that have been studied in this catalogue by Gianni Papi. A leading specialist in the field, Papi has not only researched these artists and devoted monographs and exhibitions to them, in the case of Ribera he also managed to change the historiography when he revealed his first steps, previously disguised under the name of the Master of the Judgement of Solomon. The monographic exhibition The Young Ribera (2011) upheld that. It is an honour to have the collaboration of Gianni Papi, a Caravaggist and a friend.

The visitor will find coherence in the style of the selection, all paintings of notable quality that share the same atmosphere, to paraphrase Longhi. Thus Borgianni’s magnificent Annunciation, hitherto unpublished, takes its inspiration from Bassetti’s Saint Augustine, the two painters having met during their years in Rome. The two pictures not only share the same approach in their composition and their quick, loose, nervous brushwork, they were also painted during the same period, shortly before 1620. From the 1630s there are two outstanding paintings by Ribera, as well as the Saint Barbara by Caracciolo, two excellent interpreters of Caravaggio’s language.

So, we’re beginning a new period, in a private setting devoted basically to paintings and drawings of a high quality. The aim is to cater for cultured private and public collections, thereby recovering the best of the tradition of the antiquarian as a connoisseur and a transmitter of knowledge and visual taste. A setting also far removed from the noise of fashions, the dogma of the latest, that so trivialises our day. 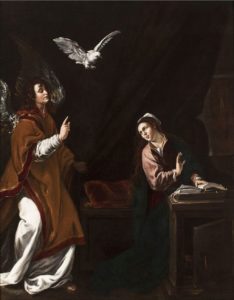 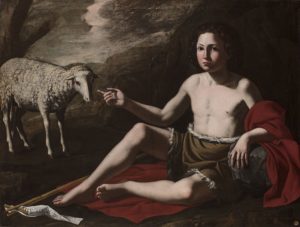 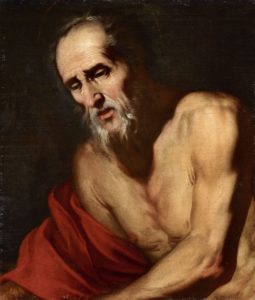 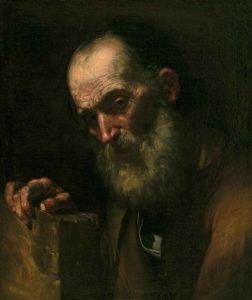 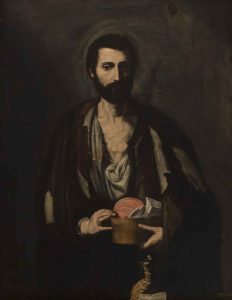 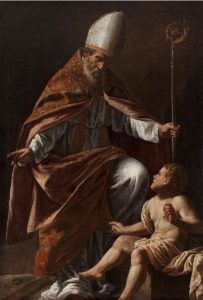 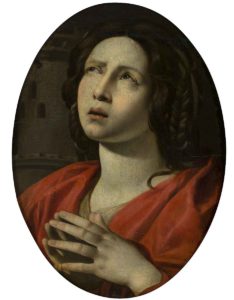