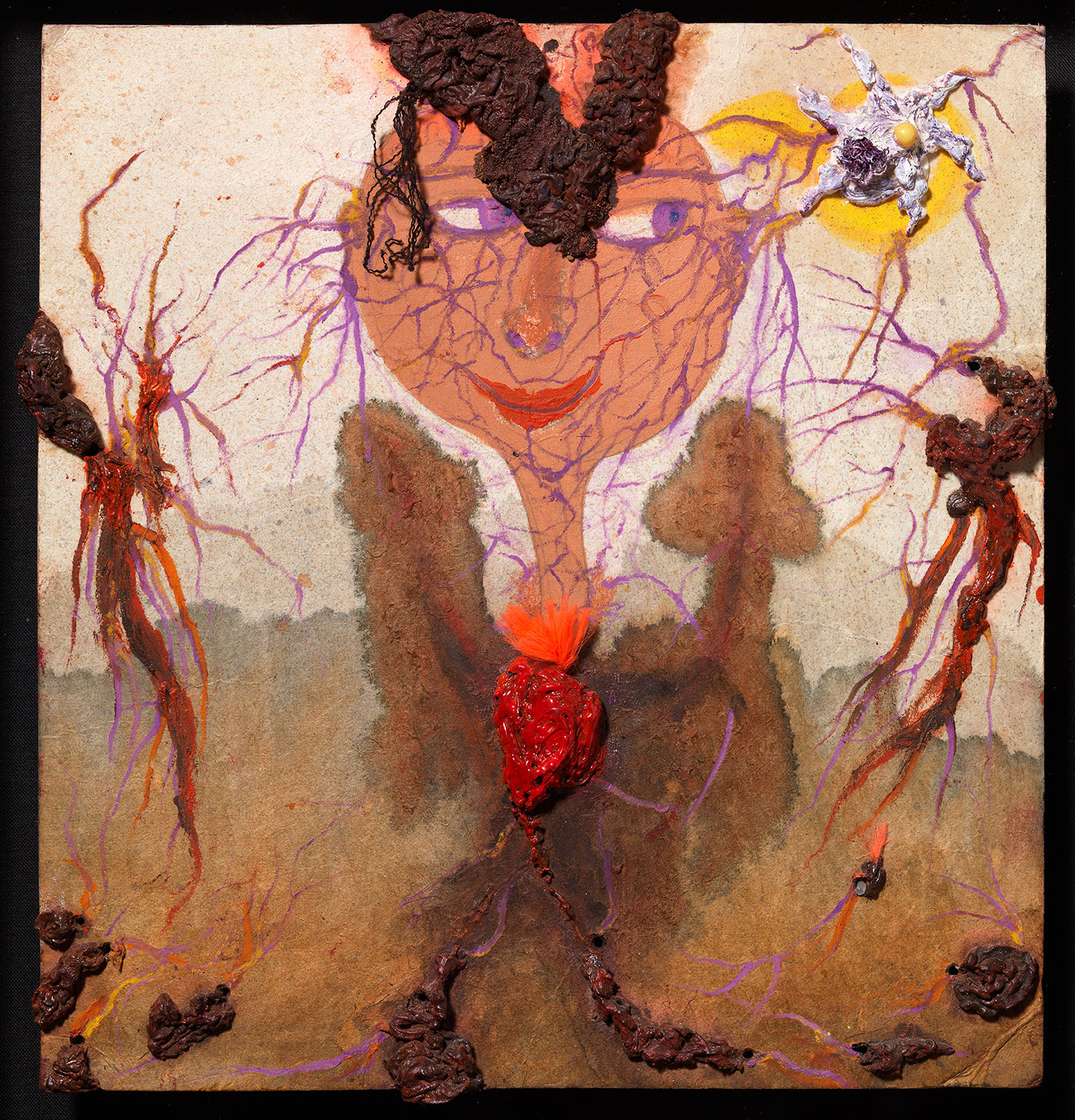 Formerly known as Zush, Evru is an artist who takes as his starting point a world of his own, a territory of creation that he himself named Evrugo Mental State. Close in spirit to psychedelia and art brut, Evru works as a magus and an alchemist, transcending the apparent simplicity of his representational technique by means of elaborate technological resources. His work springs from a deeply sincere and direct portrayal of the human being in neutral, floating and colourful spaces, enhanced by his individual style of calligraphy.