Signed and dated on the reverse

From a young age, César Paternosto attended drawing and painting classes in his home country, Argentina. After a brief professional period working as a lawyer, he dedicated himself completely to art. At first, he was interested in abstract expressionism, which soon became more geometrical as his work was influenced by artists such as Joaquín Torres–García and the Madí art movement.  Paternosto forms part of the Latin American avant-guard tradition, evolving towards what we could call “sensitive geometry”, characterized by its delicate tones and irregular lines.  In 1967, he settled in New York and proposed a new vision of pictorial work: by painting the borders and the edges of the canvas and leaving the frontal area free, he modifies the traditional frontal position of the spectator and transforms the work into an object. From 1977, after travelling in the north of Argentina, Bolivia and Peru, he investigated the symbolism and abstraction of pre-Columbian cultures, subject of his later published book “Piedra abstracta” (“Abstract Stone”). 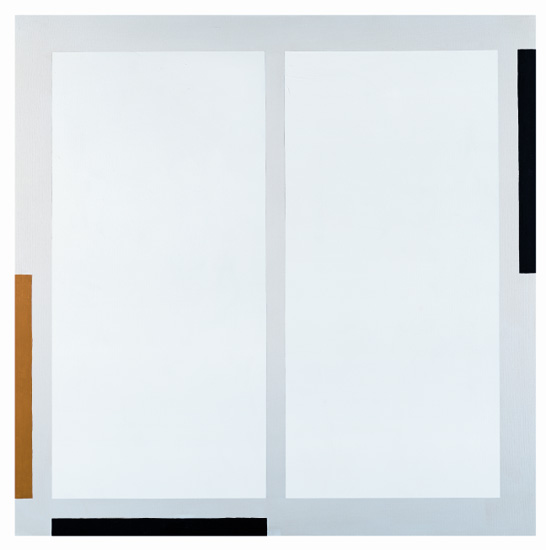 The window
Bailén 19. 08010 Barcelona. Ver mapa Tel. +34 93 302 59 70 art@arturamon.com Mon-Fri: 10am to 2am and 4:30pm to 8pm
This website uses its own cookies and third-party analysis cookies to collect information in order to improve our services, as well as for the analysis of your browsing. If you continue browsing, it implies acceptance of their installation. The user has the possibility of configuring his browser and, if he so wishes, can prevent them from being installed on his hard disk, although he must take into account that this action may cause difficulties in browsing the websiteAcceptHow to configure