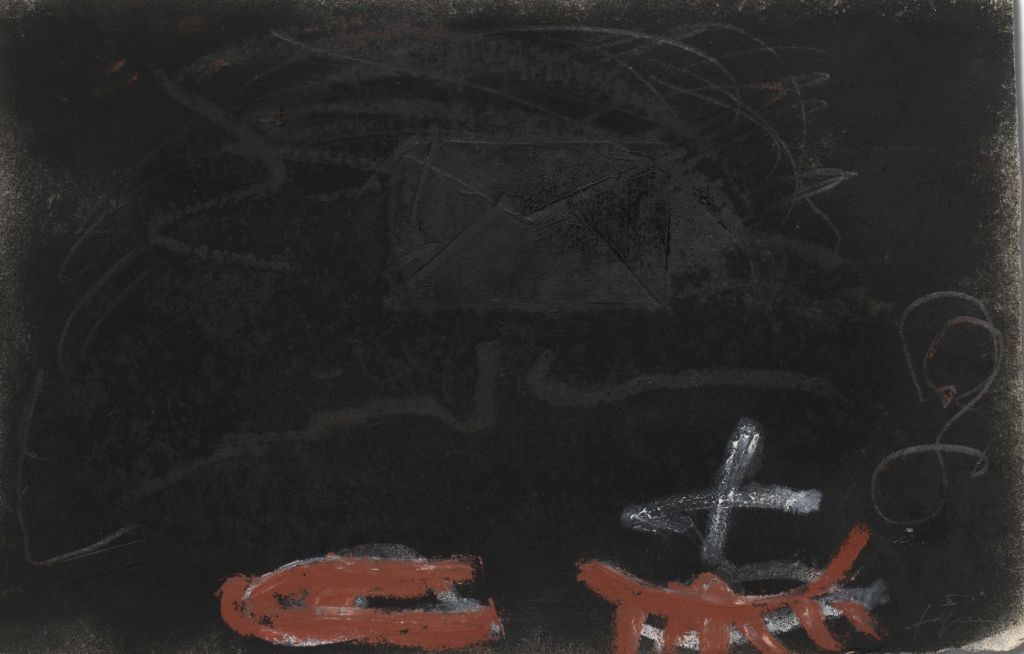 Antoni Tàpies was born in 1923 in Barcelona, to a wealthy Catalan family involved in the publishing world. His growing interest in artistic circles would lead him to abandon his university studies in Law to dedicate himself completely to his passion. He was co-founder of a Spanish avant-garde artistic group in 1948, Dau al Set, which created an art magazine of the same name. He was influenced in his initial phases by Miró and Klee, increasing at that time the iconographic factors and magical themes. With time, he would incorporate geometric elements and colour studies which would lead to his interest in matter, in which we find the translation into canvases with intense textures and great expressive and communicative possibilities. Participating in a sensibility extensive among artists on either side of the Atlantic due to the disaster and consequences of WWII, the Catalan artist would soon express in his work an interest in matter, earth and dust, using elements which were far from the academic practice of art. The “matter” paintings would form substantial part of his artistic corpus.

During this same period, in the decade of the 50s, Tàpies would elaborate a series of figures extracted from his immediate surroundings and which appear in distinct stages of his evolution. Many times, the same image, besides appearing represented in different forms, would have multiple meanings. He would receive international recognition with these works. The work of Tàpies achieved, already in the 50s, great international projection via the art galleries Martha Jackson in New York and Maeght in Paris. He participated in 1952 in the XXVI Biennale di Venezia and in 1957 in the IV Bienal of São Paulo.

From the 60s, his political compromise against the dictatorship would intensify. He incorporated iconographic elements (signs that allude to the reality of Catalonia, signs of writing etc.) and, coinciding with the appearance of Arte Povera in Europa and the Post minimalism in the United States, he also incorporated new technical procedures (new surfaces, use of daily objects, etc.). The pictorial language of Tàpies has evolved since then and has given as result a diversified and productive plastic creation admired around the world.

His work has been exhibited in prestigious museums and art centres such as the Museum of Modern Art and the Solomon R. Guggenheim Museum in New York; the Neue Nationalgalerie in Berlin; the Kunsthaus in Zurich; the Museum of Contemporary Art in Los Angeles; the Institute of Contemporary Arts and the Serpentine Gallery, in London; the Musée d’Art Moderne of the City of Paris, the Jeu de Paume and the Centre Pompidou in Paris; the Museo Nacional Centro de Arte Reina Sofía, in Madrid; the Institut Valencià d’Art Modern, in Valencia and the Museu d’Art Contemporani in Barcelona, among many others. 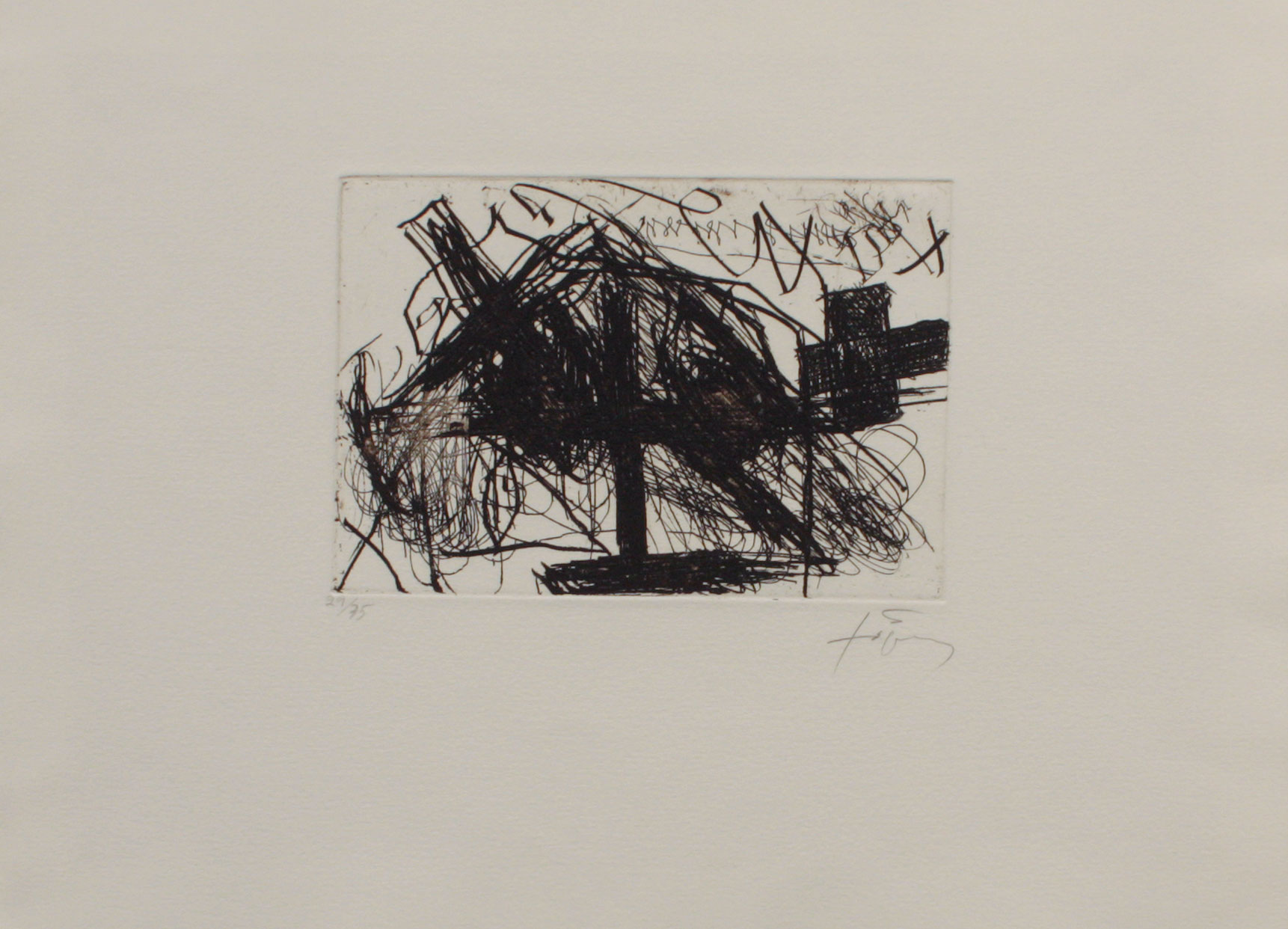 Study for the lithography and poster "Sénaque I" 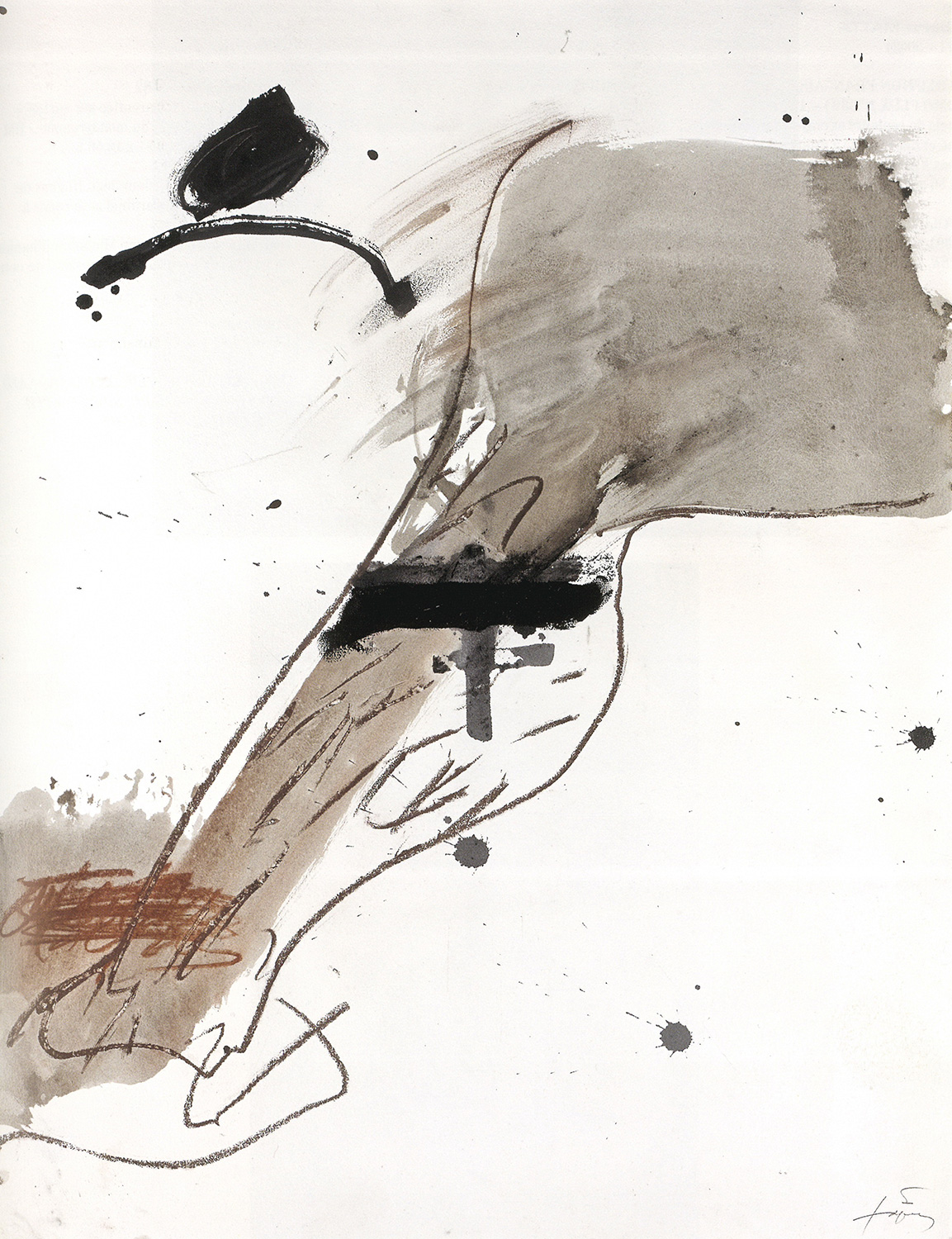 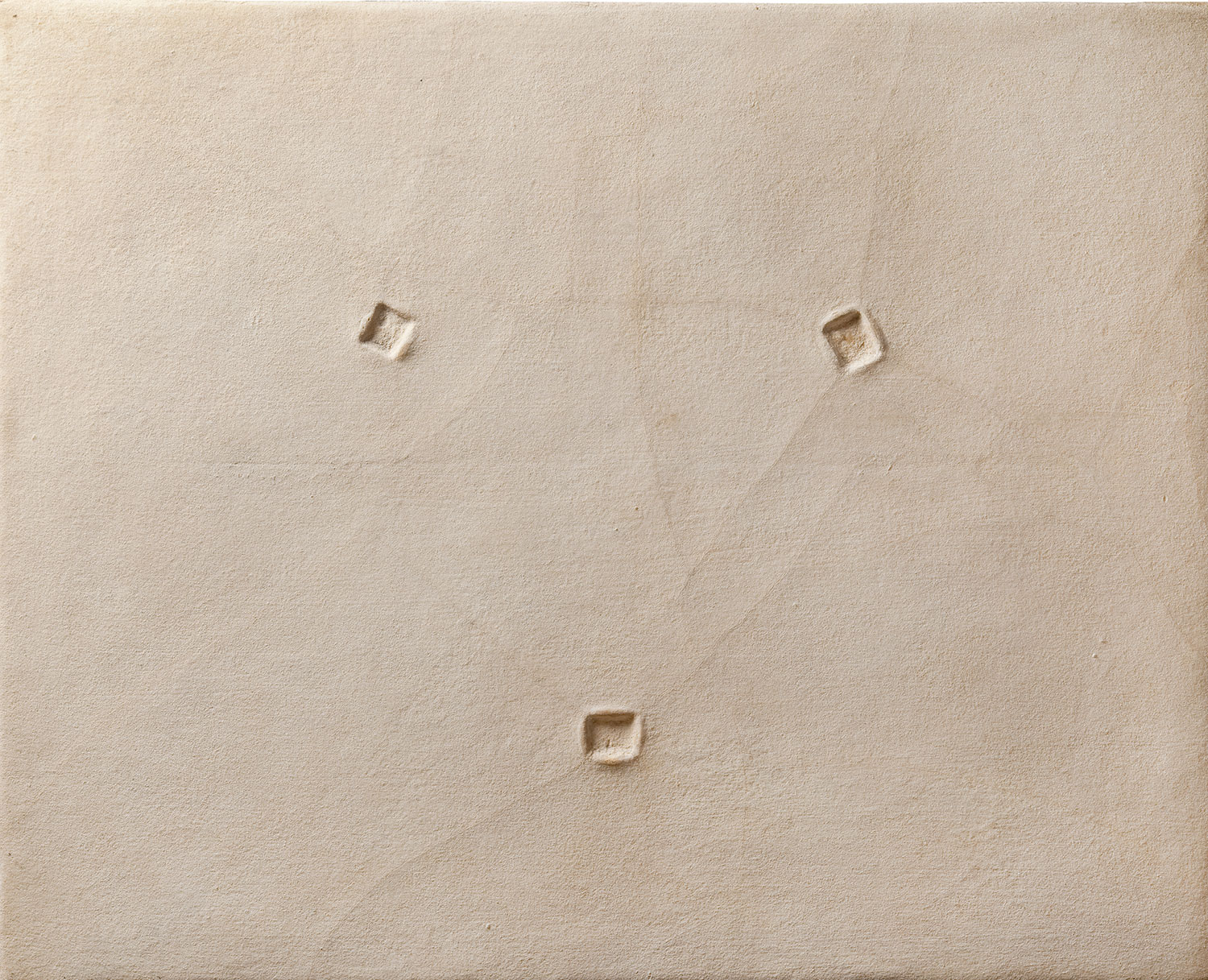 Three marks on white
Bailén 19. 08010 Barcelona. Ver mapa Tel. +34 93 302 59 70 art@arturamon.com Mon-Fri: 10am to 2am and 4:30pm to 8pm
This website uses its own cookies and third-party analysis cookies to collect information in order to improve our services, as well as for the analysis of your browsing. If you continue browsing, it implies acceptance of their installation. The user has the possibility of configuring his browser and, if he so wishes, can prevent them from being installed on his hard disk, although he must take into account that this action may cause difficulties in browsing the websiteAcceptHow to configure